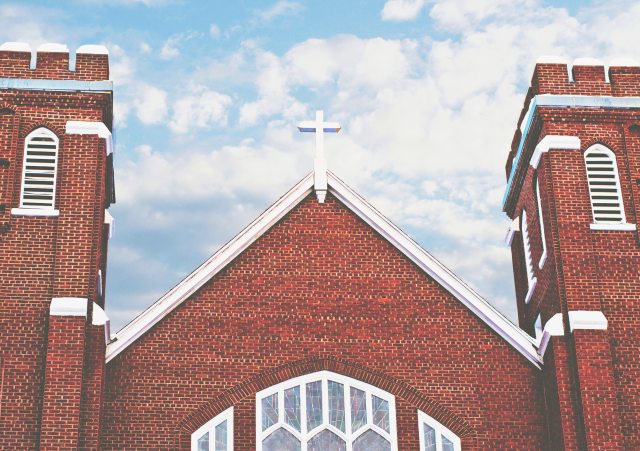 There’s a common narrative when somebody renegotiates their relationship with religion that says that they were offended or weak or just couldn’t hack the expectations. I think it’s an easy way for people to organize their environment. The truth, however, is much, much more complicated than that. I think people side-eye me thinking I’m super sensitive and bothered by how things have changed for us, but I’m actually quite philosophical about the whole thing.

Institutions are living things, and they have their own priorities, politics and ways of being. While people breathe life into them, they also take on a life of their own. Recognizing this has made what we have experienced much less personal. I was talking to someone the other day and explaining to them how I’ve come to understand the people that we’ve dealt with in our church and some of the things they did. They’re not “bad men.” They would prefer to be nice and will if they can. However, their number one job is always to perpetuate the needs, priorities and politics of the institution. When people come into conflict with that, they have no choice but to choose the institution. It’s a very, very simple equation, and they believe wholeheartedly that it’s for the best to do it this way. This isn’t at all unique to churches, though I think there’s dynamics there that make it particularly hard for people to identify honestly.

Many, many people I know quietly move within this construct with absolutely no adverse effects. There are benefits to actively engaging in religion and things about it that I distinctly miss. However, when you identify institutional priorities and realize that they aren’t in line with your own values and priorities, it is virtually impossible to unsee that. I have mad respect for the people around me that I interact with on a daily basis. I have zero regard for the integrity of the institution.

According to Wikipedia, “Integrity is the quality of being honest and having strong moral principles, or moral uprightness. It is a personal choice to hold one’s self to consistent standards. In ethics, integrity is regarded as the honesty and truthfulness or accuracy of one’s actions.” The thing is that integrity to an institution is different than personal integrity. People interact with religious communities with expectations based upon their own means of measuring integrity. For many people, these never come into conflict. For me and many others, they have. And, once they do, you never look at it the same again.

I kind of raised my eyebrows a bit when my husband came home from church this week and said that he’d been called on to speak. He said that he didn’t think he had offended anyone or said anything too out there. (I think he just talked about getting the neighborhood round robin Santa sock – please don’t gift it to us again! It cost a million and four dollars to fill two of those. Ha ha!) He hasn’t been for a few months, you see. I would guess that a lot of people think that has something to do with me, but the truth is that we’re both navigating our relationship with church in our own way with pretty much zero interference or influence from the other. We’re getting better at differentiating and acknowledging that we’re both adults that can make our own decisions. He’s dealing with his own issues and working through his own feelings, some of which have to do with me and some of which don’t. He’s most definitively not weak.

I like to think, in theory, that it’s possible to have institutions where organizational integrity is in harmony with personal integrity and firm morals and values. I hope there are still spaces in this world where a people and community can come first over politics. I don’t know anymore, but I’ve made peace with my own relationship with the reality that I see, and my husband will, too. In his own way, and in his own time.