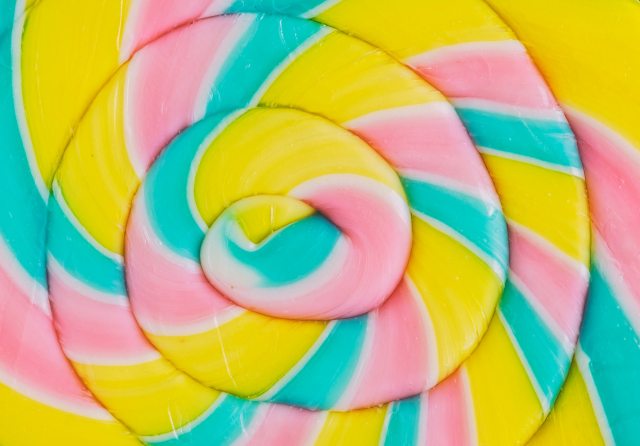 I have to preface this by explaining that I am NOT a helicopter mom by any stretch of the imagination. I’m what you could call, I guess, a free-range mom? My kids are VERY independent. They pretty much never bother us when we’re out on a date, and they are free to wander within the parameters of our rules. I don’t have to know where they are exactly at any given moment. I’m what you might consider an under-reactor. Once when our older kids were on a homeschool field trip with an eccentric older teacher, they were WAY past their return time, and she wasn’t answering her cell phone. The other moms were beside themselves with worry and my alarm meter was barely starting to register. (They were fine, by the way.) Still, kids get you, don’t they?!

I have my sister’s kids every Tuesday, and they all happily run in and out and play with mine for hours. This week, the oldest niece in the batch came in the house calling for my daughter. They had been playing together outside until about ten minutes before when she thought my 7-year-old had come inside. Except, she hadn’t. I hadn’t seen her, and she didn’t pop out anywhere when we called and looked. After looking thoroughly inside and out, my alarm went off. I called and searched to no avail. In the cars. In our outside greenhouse. Under beds. I texted all my neighbors asking if they had seen her. I finally sent my 11-year-old out on his bike and my adult daughter in her car to sweep the neighborhood. Nope. Nada. In the meantime, my older niece had to leave for an activity.

At this point, I was legitimately worried. I don’t worry. I started thinking of all the horrible possibilities for a little girl that just disappeared out of her own yard in a matter of minutes. Those are not happy thoughts to be thinking a week before Christmas. Almost distraught, I opened the bathroom door that had been ajar just a moment before, and there was my little girl scrunched up on the potty all teary-eyed. When she emerged, she admitted that she had been hiding in a little cubby in our garage. I had walked by there a half-dozen times and even stepped inside and sat for a minute very quietly listening for sneaky breathing. She said she didn’t answer because she thought she was in trouble. Which didn’t make sense, really. I mean, we were concerned, but hiding isn’t like her. Why would she think she was in trouble? But, then my niece came back from her activity and added the little bit of information that made everything fall into place.

I assist at a co-op class once a week – just taking notes and keeping order, mostly, in our very large class of 16 students. My youngest daughter doesn’t have consistent childcare available for her for that hour, so she just comes with me. But, she doesn’t really have a textbook or anything because it’s really a bit above her grade level, so she just gleans what she can and occasionally answers questions whose answers are largely fed to her by said niece who is several years older than her. At the end of every month, our students cash in their tickets for toys and treats and prizes. One of the most coveted cash-in items are those very large, multi-colored lollipops. We sell them for 40 tickets. My daughter usually has somewhere between 10 and 20 tickets while our actual students can earn 50 to 100 during a month. She never gets a lollipop. I’ve never heard her complain or even say anything about it. But, when my niece came home on Tuesday, she mentioned that my little girl had her lollipop in her hand when she “wandered off.” My 7-year-old took that lollipop, hid in the corner in the dark and ate the entire thing.

As a parent, there are some times that I have to make a point to teach my kids lessons. There are plenty of lectures around here, to be sure. However, this day, there was none of that. I hugged her tightly and told her how scared I was when I thought she was lost and to please never, ever do that again! My daughter was so riddled with guilt that when we called her and acted frantic and upset, she believed that she was going to be handily and harshly punished for eating that lollipop. Without any real intervention by me, she licked up that life lesson, and it sat heavy on her heart and her stomach, I’m sure. I would be surprised (especially since that sort of envy and greediness isn’t really like her) if she ever does anything like that again. As adults, we tend to have a level of life experience that muddies this sort of pure consequence, and while I suspect she’ll remember it always, I know that I will. And, that is truly worth the cost of a hundred lollipops.

P.S. I will be taking a blogging vacation Christmas week. I hope you all have a very Merry Christmas and Happy Holiday season! I cannot tell you how much I appreciate each and every one of you who reads my blog. It humbles me that people are touched by my words and my perspective. Thank you from the bottom of my heart!